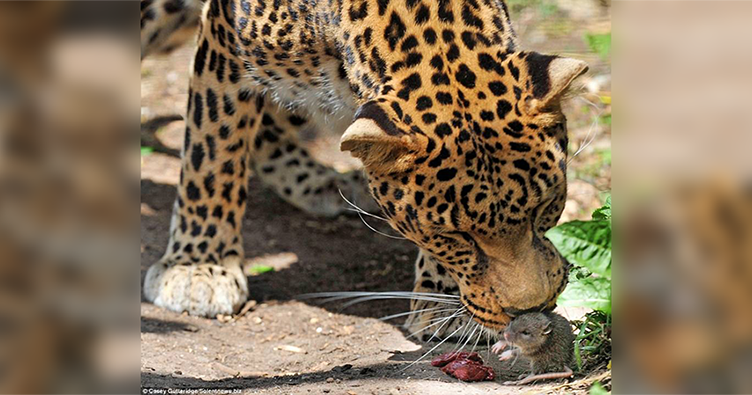 Sometimes I feel like that mouse, as I am sure most of us do, but there is a good lesson in this photograph. A lesson that Heather and I learned almost 10 years ago during a chance encounter at a balloon fair. We have told this story so many times however it is always worth repeating.

At the turn of the century (a term I’m surprised we don’t use more) Heather and I attended the yearly Festival of Balloons held in Cook Park in Tigard, Oregon. As stated on their website “The hot air balloons are definitely the featured attraction of the festival, but … it’s MORE than balloons!” How true that was.

Since it is a festival, Heather and I opted to stop off and grab an elephant ear. For those regional guests, and elephant ear is just another name for beaver tails, whales tails, tiger ears, pizza frita, frying saucers, buñuelos or any of the other 600 names this food has. It is simply “fried dough” covered in powdered sugar or some other condiment. To make a long story short, we were in line, and had paid, for our ‘anti-health-food’ when a simple error took place. An error which essentially stopped the production of these fine confections for the better part of an hour.

For 45 minutes the kids attempted to get the temperature calibrated to the proper temperature. There were several grotesque anomalies coming from the fryer. Some underdone and frightfully inedible while others were so brittle that they would shatter as if they were blasted with freon and hit with a hammer. The kids in charge of the booth were noticeably panicked trying get this situation under control and many of the patrons offered their services to help. The three person booth was soon full of kids, dads and other goodnicks trying to ascertain how to get the temperature leveled again.

Heather and I were in line watching all of this for 45 minutes. In that time, the outside temperature had also dropped about 10 degrees. The balloons were gone and there was nothing stopping the winds from running across the field at full force and pummeling our exposed parts. There was hunger, confusion and misery everywhere you looked.

Heather and I had already paid for the food and while it may have been a little less than $10 out of our pocket, we wanted those damn elephant ears! We had been here since everything went south and wanted a solution or a conclusion to the event. We began talking back and forth over our options as to what to do and came to the conclusion that someone at the booth should just say “Sorry everyone, we are having some difficulty. If you want to go, we can refund your money to those who no longer wish to wait.”

But that announcement never came.

As we began to talk over our disappointment, something happened that changed both Heather and my perceptions and confidence forever. I know that it may sound grandiose and ridiculous to say, but we have both referenced this moment time and again if we are ever at this type of impasse.

As Heather and I became colder, we were becoming angrier that someone wasn’t doing the right thing and giving us a choice to get our money back and we were openly speaking about it. That was when a girl came up from behind us and said in a stern, matter-of-fact manner, “If you want something, you have to ask for it!”

She then passed the two of us, went to the counter where the crowd was standing staring into a pot of maybe-hot, maybe-cold oil and stated again in a matter-of-fact tone, “These two have been waiting in line for an hour and they want their money back.” At which point the kid running the booth gave the girl the money and she walked it back over to us, looked at us both and said, “You gotta ask.”

This was all so amazing, enlightening and humbling at the same time. After seeing 10 story balloons rise up into the atmosphere, what that girl did was the most awe inspiring event of the day for us. We talked about it all the way home and even for the majority of the next day.

Ever since that day Heather and I continue to lean on that one girl’s education. We’ve also learned that it is not the world, lack of luck, education or money that prevents someone from reaching their goals. Your life is about you, and no one else. You must not only condition yourself to be open and willing to receive what you want but you must also ASK FOR IT!

You need to ask for what you want with total passion, intention and belief. Don’t complain or be a victim. Be positive, optimistic and full of enthusiasm and joy.

Think about that mouse from the first image, he’s not only got meat to eat, but a big spotted friend to hang out with and keep his enemies at bay 😉